Hiking up Cathcart Bluff was my first major elevation climb entering into the Tasmanian Highlands. I purposely shortened the distance I walked this day to accommodate the time it would take me to traverse the mountain. The bluff was no longer shrouded in cloud as it was yesterday and I felt some trepidation as I was unsure what was ahead.

Paul had been worried about this section of the trail for the past two months because I was to climb 700 mts up the old stock route Caves Track which the guidebook said was difficult due to its steep slope and rough surface. Some of his concerns rubbed off on me to some extent and I even packed some fingerless leather gloves just in case I had to do some scrambling. 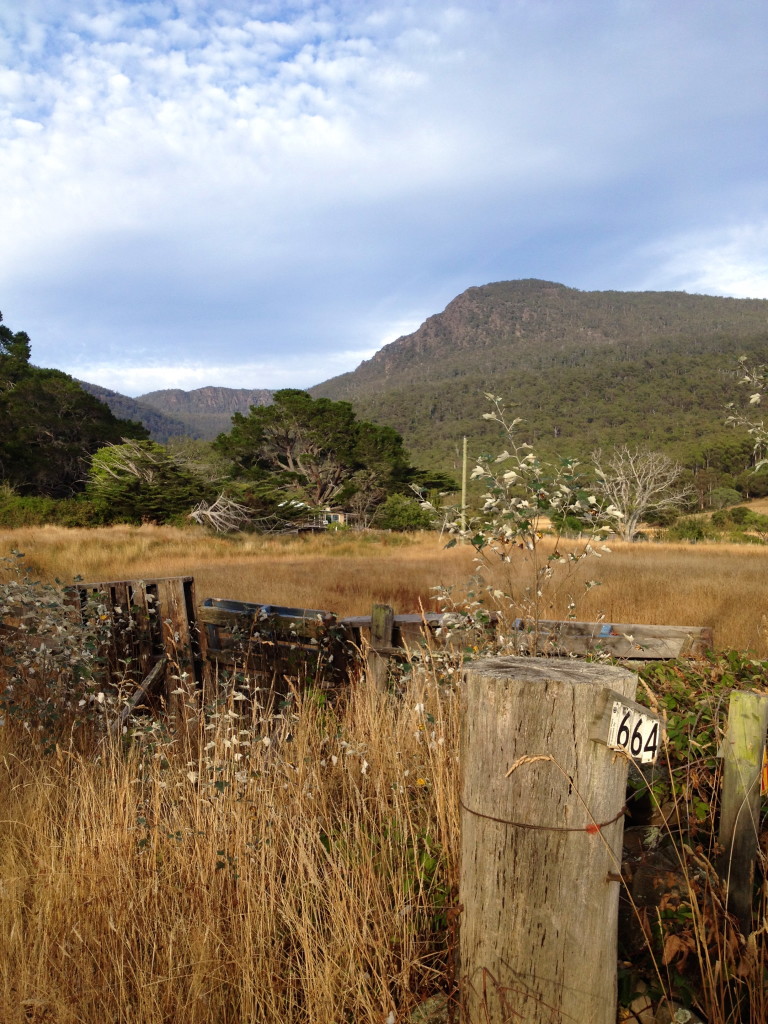 The walk started out well enough with the Cockatoos screeching above me in the gum trees as I passed through the first gate. My next hurdle was to stone hop across a small river which was not too difficult. Then the next gate appeared before me and it seem a bit lopsided but I approached not thinking there would be a problem. As I attempted to open the gate I realised that it would be more difficult than it first appeared. It was hard enough trying to get the wire off the post that locked the gate shut but then trying to lift the gate open became a challenge, especially as the ground sloped up on the other side and the damn thing had come off its hinges at the other end. I struggled to get a gap wide enough to squeeze through then I had to close the bugger*. As I lifted it to maneuver it back into place the whole gate fell over, half lying on the ground and half suspended in the air due to the uneven ground below it. Now this was a predicament I had not expected! The gate was heavy and I struggled to prop it back upright and eventually I managed to get it into a position that it was almost shut, now all I had to do was to put the wire back over the post to lock it again. My struggle with the gate started again with it teetering on the edge of tipping over once again. After some brute force and precarious manipulation I managed to lock the gate and I pitied the next person who tried to open it. 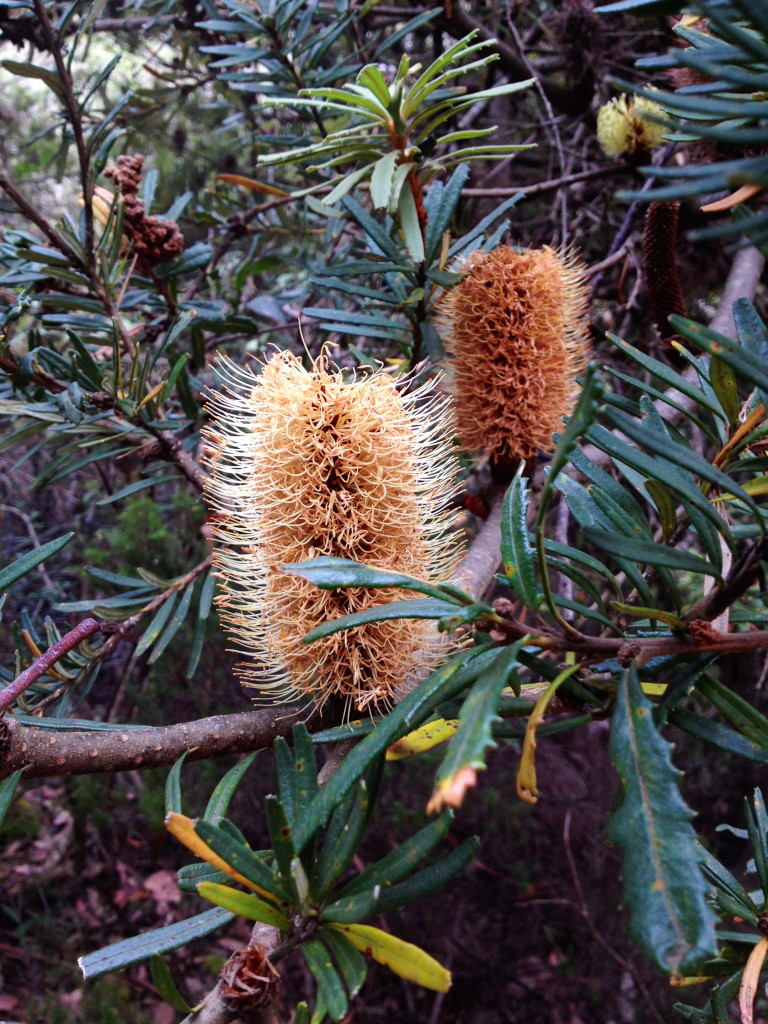 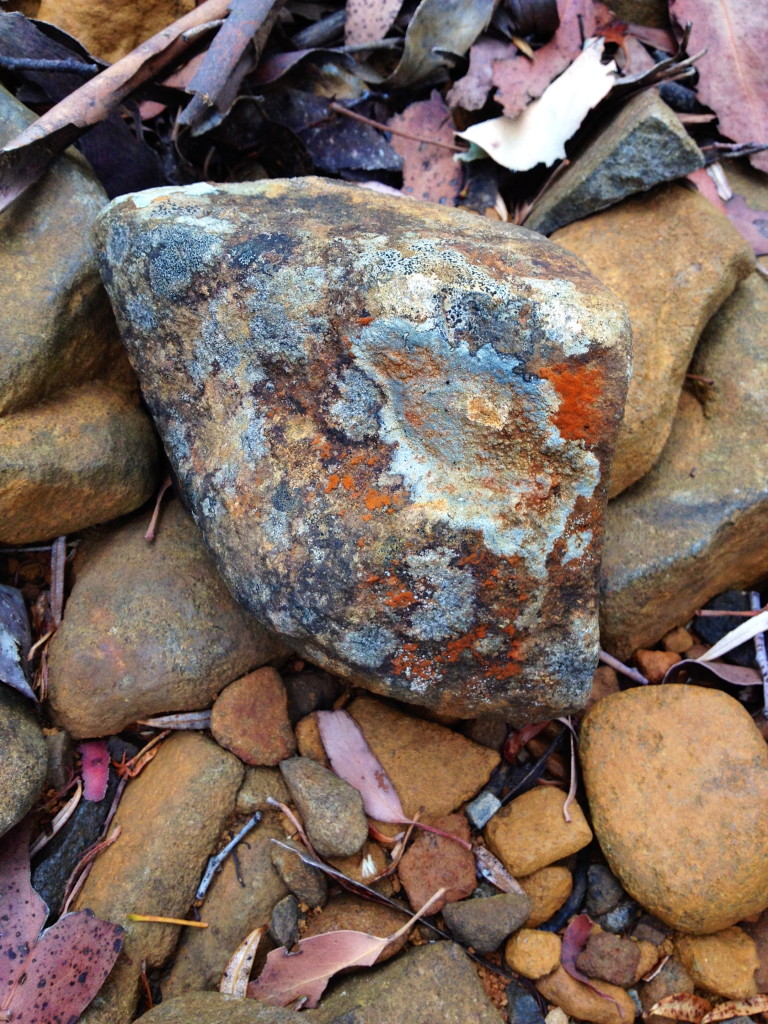 Once on my way again I found the path, though climbing upward, to be pleasant. Today was the day I really began to take photos along the trail. During my first week taking photos was not forefront on my mind as I was getting used to the routine and trying to get through each day as quick as I could just so I could stop and rest at the end of each day. I stopped so many times during todays hike that I hardly felt the climb up over the very rocky path as the guidebook indicated. Seriously I wondered how even a horse managed some sections of this part of the trail. I suspect they must skip this section considering there was a huge tree, which I had to scramble over, that cut off any passable path for horses. I did notice in the trail registration book at the start of todays stage I did notice that someone on a pushbike came this way in January. I can only guess that he had to carry his bike a lot of the way as there would be no way you could ride over it. 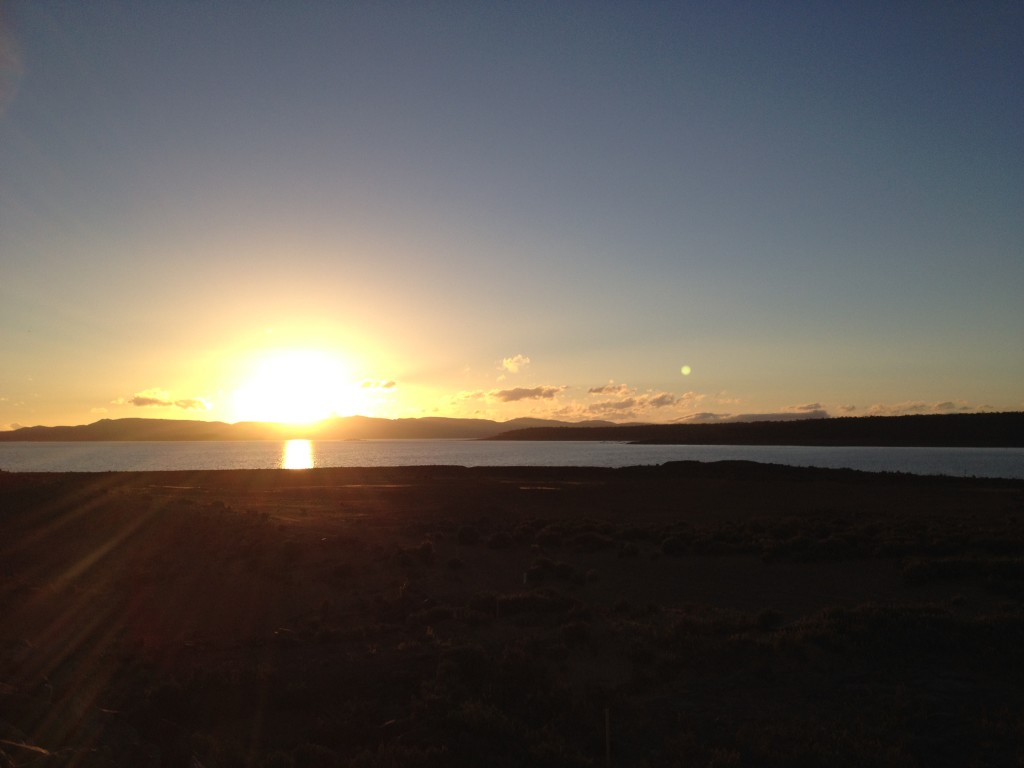 When I arrived at the top a view of the Sandbanks Tiers greeted me and it felt good to be in the familiar territory of the Highlands. The last stretch down Poatina Hwy took me to the turnoff to Great lake where we were camping for the night. I found Paul with camp set up with a chair out for me to sit on, he is such a thoughtful man.  This day was my most enjoyable day of walking so far and I felt relaxed knowing I could really do this, I could achieve my goal of completing the Tasmanian Trail. To top it all off we had a delightful evening bantering and having a laugh between us as we watched the sunset over the Great Lake.

*(Australian slang for a troublesome thing or object) 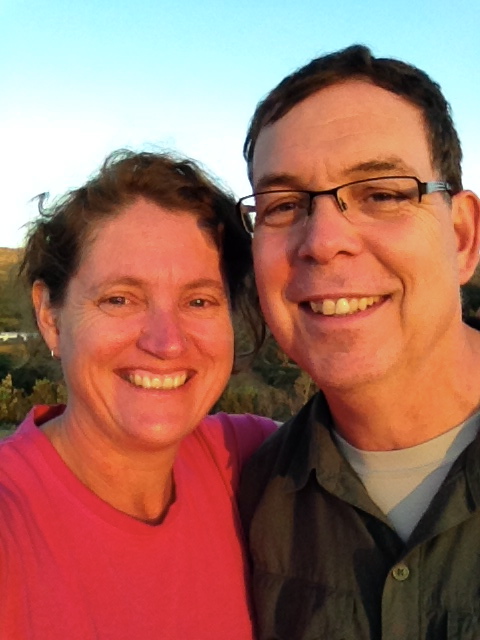 Selfie of us enjoying the sunset